1. The central part of a wheel, rotating on or with the axle, and from which the spokes radiate.

2. The effective centre of an activity, region, or network.

The large downstairs room at the Corrib Rest was positively thriving. Long held friendships and connections were evident as people grouped together, conversing with familiar ease.  Interested newcomers were warmly welcomed and introduced into the milling crowd, name labels displayed on autumn coats. Queues formed at the pop up bar, donations given in exchange for drinks, including locally produced NW6 cider. The aromatic smell of the samosas supplied by Spice Caravan, a local cooking group, also drew an eager crowd and the heaped mounds of golden finger food were demolished with relish.  In one corner there was a large poster mounted on a stand with “Volunteers needed” scrawled across the top. Underneath this title a list detailed: social media guru, admin support, community activities, outreach to local groups, plumber, tech support, running upcycling workshops...to name a few. Fluorescent post-it notes were passed from hand to hand. Pens scratched out generous offers of time and skills and the sticky squares were layered to construct a colourful framework surrounding the poster, symbolic of the supportive structure these volunteers will provide in the weeks and months ahead. More and more people arrived, flowing down the entrance ramp, filling the space with increased excitement as conversations rose to a pulsing clamour. We were all there to find out what the future held for the Corrib Rest. Vacated since February 1st 2015, the Corrib Rest was a pub on Salusbury Rd Queens Park. Originally set up by the Brent Irish Cultural and Community Association in 1983 it has been an important feature within the Irish community and the local community at large. The upstairs rooms were used for classes and functions while the pub was valued as an ‘old school’ pub, an alternative to the more contemporary gastro-pubs in the area. Following the pub’s closure the Queens Park Residents Association (QPRA) applied to Brent Council for the Corrib Rest to be listed as an asset for community value (ACV). They were successful and now any future developments of the pub will need to take this ACV status into account. Currently, the future planning is pending and the premises remain empty. This is where Transition Town Kensal to Kilburn (TTKK) comes in to the picture. TTKK are planning to use the Corrib Rest as a ‘Meanwhile Space’, inhabiting the building for 6 months, using it as a community hub to promote Transition values and encourage community outreach and involvement. And here we were, at the first open meeting for the TTKK hub, fittingly named Meanwhile @ Corrib, and the community had shown up in enthusiastic hordes, ready to engage.

We were encouraged to take a tour of the premises. I had never been to the Corrib Rest before so I joined a cluster of people working their way up the dark wooden staircase to the upper rooms. As we climbed they joked about the carpet, an eye bending concoction of intertwining greens and reds, not helped by the layers of accumulated dust. Their joking held the nostalgic tenderness that comes with deep familiarity. At the top of the stairs a lone highchair stood abandoned on the landing, empty plastic bottles among the litter at its feet. As I turned the corner and entered the first of the two upper rooms any sense of gloom that the stairs had evoked rapidly dissolved in a flood of light and airy space. Empty but for an upright piano this room was brightly lit with white walls and elaborate fixtures. The piano, standing to silent attention amidst the structural pillars, beckoned. Soon enough a woman confidently ran her hands across the keys and an octave trill burst throughout the space, making people laugh in surprise. Murmurings ensued between the couples and groups circling the room as visions took on verbal form.  The room suddenly filled with mirrors, ballet bars, shared working space...a blank canvas filling with paint.

On one side of the room there was an opening, a door leading to another space. Walking through this I was confounded, even perhaps a little awestruck at the unexpected grandeur. And I was not the only one. I was now standing in the Corrib Rest’s largest function room and it was vast. Just as effectively lit as the previous room the high ceilinged, wooden beamed expanse had ballroom proportions. Filled now with close to 100 people from the local community the room seemed somehow sated, its function fulfilled. This enormous space, charged with latent possibilities, set the crowd buzzing and we descended the stairs with a lighter energy, a bouncing exuberance, ready to find out more, to take part. 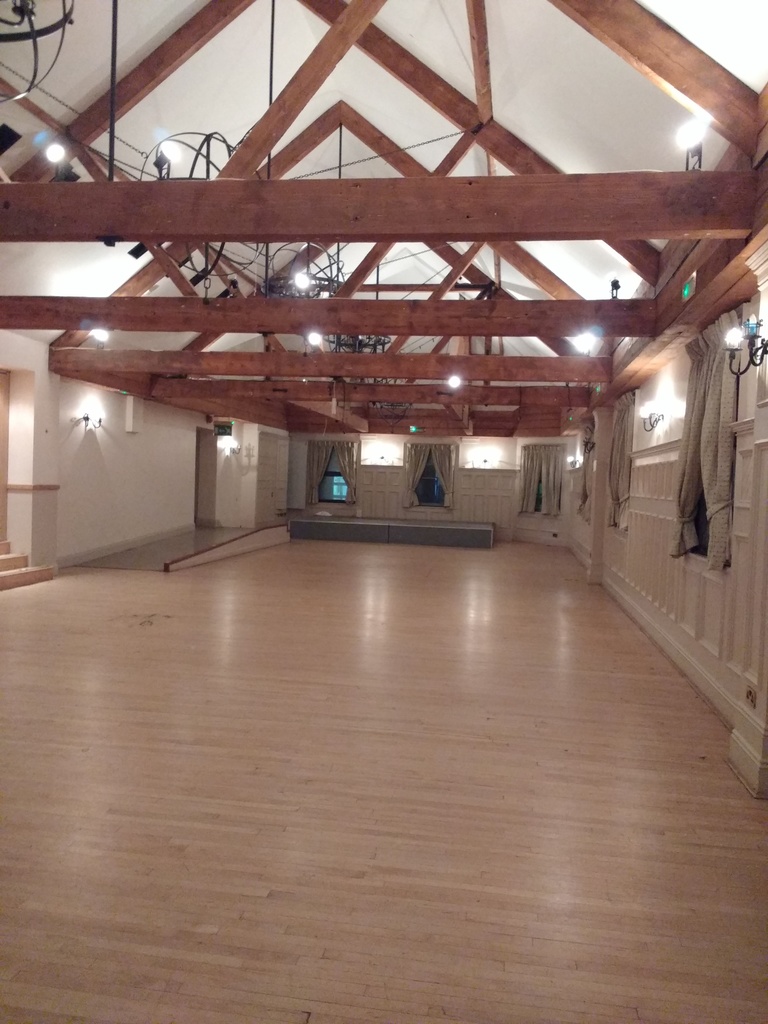 Back downstairs in the old pub area Michael Stuart, core member of TTKK and the Meanwhile @ Corrib team, climbed up and stood waiting on the overturned crate ‘soap box’. The noise settled down and heads turned up expectantly. After welcoming the crowd, Michael handed the soap box to another founding member, George Latham, who outlined TTKK’s  vision for the space. George emphasised community involvement and TTKK values, highlighting that the purpose of the meeting was to open the floor to ideas from the community at large. Then other members from the core Meanwhile @ The Corrib team stood and gave short and energetic presentations on the various activities starting to take shape for this exciting venue. This included bicycle repair services by Cycletastic, a volunteer led community group who promote the joys and benefits of cycling. Also pop up catering, including a regular slot for Spice Caravan, a catering group connected to Salusbury WORLD (the refugee support charity  based in Salusbury school). Co-working spaces, community workshops and skills building, Restart parties and the reinstating of the pub all featured. Following this exposition, each member took a corner of the space and invited open discussion and suggestions on how to best use this opportunity for the local community. People flocked purposefully to the various areas of interest and ideas flew across the room with palpable energy. Film nights, art exhibitions, local music, a men’s shed, local business advice/mentoring services, and yoga classes for parents and children were just some of the ideas brought forward. A catalyst for community connection - Meanwhile @ The Corrib was set in motion.

Amidst the Transition Town members, local residents curious to see what was happening, and the community makers and shakers conversant in the lingo of ‘Meanwhile Spaces’, there was another crowd of people who turned up. A father and son walked down the entrance ramp and I greeted them with name labels and pen in hand. After joking around with name spellings, making me fumble foolishly between ‘i’s and ‘y’s the father asked me “Do you know what happened here at the Corrib?” with an intensity that belied his light-hearted exterior. “We were here drinking at our local pub one week and the next week we came down and the whole place was shuttered up. No one told us anything.” And there were more of these Corrib Rest regulars present, one telling me that he had come to say “goodbye” to the place. This sense of sudden loss, of abandonment, was reflected in the ghost town feel of the pub, a space that hadn’t been used for the last 18 months. There were empty shot glasses arranged in neat succession on a circular tray, waiting to be filled...rows of hooks in the narrow cloakroom, each holding a single key ring, redundantly bereft of coats. A pile of Christmas cards, “To the staff of Corrib Rest” left in a forlorn and dusty box behind the bar, symbols of human connection intrinsically connected to the locality of this place. 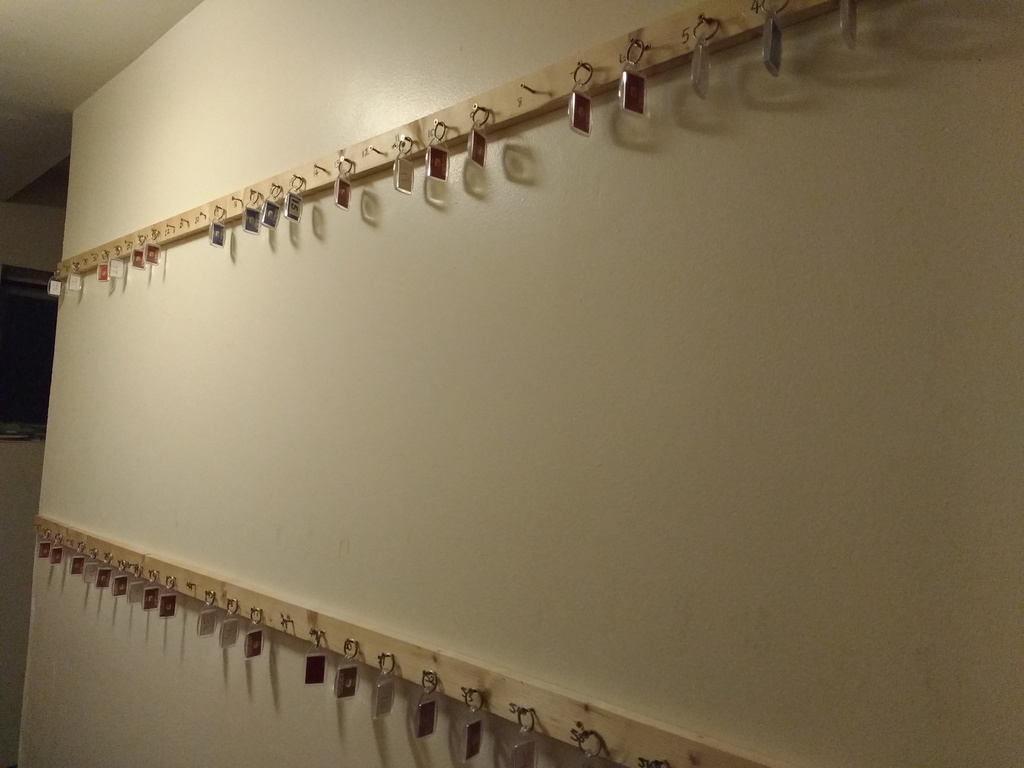 It is this thread of community connection, disrupted but not severed, indeed so strong that it brought people to the meeting to see their ‘local’ again, that will help bind the fabric of Meanwhile @ The Corrib. The Christmas cards, though temporarily abandoned, were nevertheless not thrown out. Centres of community activity, whether it be for jam making workshops, yoga classes or meeting up for a drink and a natter hold longstanding importance and value in people's lives. They are a place to share ideas, share skills and, just as importantly for many, share the light-hearted banter that keeps isolation and loneliness away.

I see the people connected to the Corrib’s past as integral in helping to move it forward. Like the electronic devices that Restart parties revive, the broken bicycles that Cycletastic fix, the clothes that sewing workshops transform, the Corrib Rest is being upcycled by Transition Town Kensal to Kilburn with and through the solid structure of the existing community that value and belong to it.

As the night came to a close I stood by the door helping to gather emails as people left. There were those who had already put their details down inside but gave them again, not wanting to miss out on any news. One woman wrote that she would help with admin but admitted that this was not her main interest in the project- she wants to run daytime activities for local families- but that she was more than happy to do admin or DIY work “just to get this thing moving!” said with a beaming smile.

After the crowd had left the core Meanwhile @ The Corrib team lingered on, tidying and relaying the evening’s success. The previously empty email forms were now scrawled with blue and black lettering. The butchers paper, blank and reflective at the start of the night, was now covered with ideas for workshops and community activities. The once desolate and abandoned Corrib Rest was now filled with vibrant potential, the enduring imprint of the people who had gathered that evening to “get this thing moving”.

For more information and to get involved join the Corrib Rest Community Pub group: