"To plant a garden is to believe in tomorrow" - Audrey Hepburn 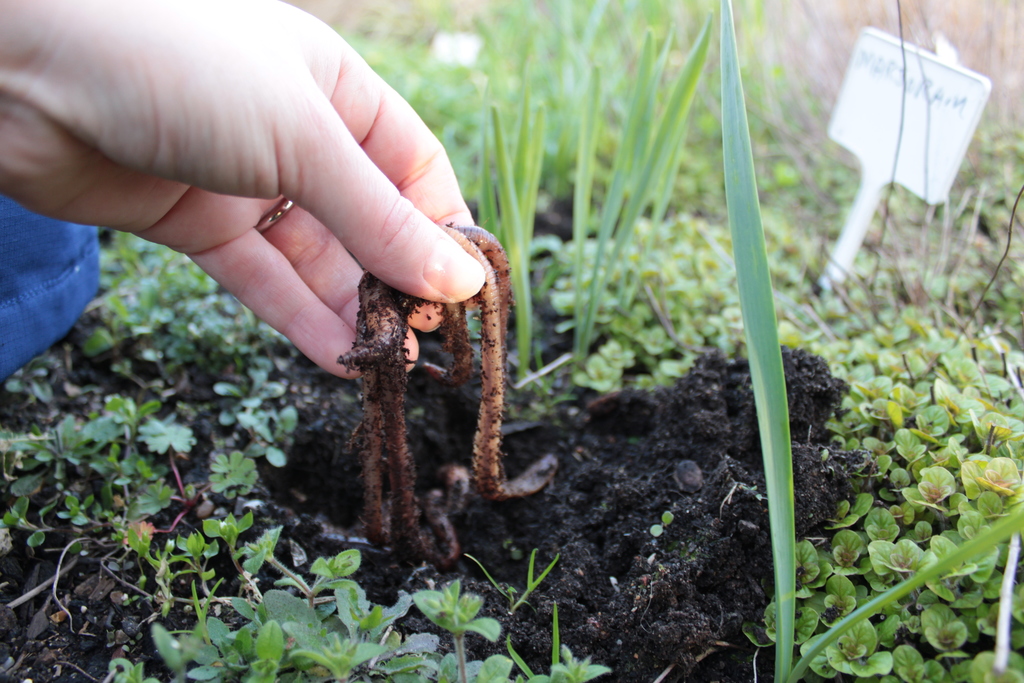 I arrive home, arms weighed down with Kilburn High road spoils, to find a small square box nestled against the door. The shopping bags thunk disregarded to the ground as I kneel to read the label on the box: “If not home leave in a cool/safe spot”. I smile. This could only mean one thing: The worms have arrived at last!

Tentatively I open the box to find a frustratingly opaque mesh bag inside. I’m tempted to open this, just to check on them, but the worms still haven’t completed their journey so I decide it’s best to leave them be. I rustle my daughter up, drag her bike to the street and together, with the mesh bag held carefully in my arms, we traverse the streets of Kilburn to the worms’ final destination: Kilburn Jubilee Line Station train platform.

While this is no ordinary delivery of goods to a train station, neither is it an ordinary station. Kilburn station is home to a community food produce garden consisting of four raised beds filled with hardy, drought resistant edible plants. The garden was founded six years ago by Sanchia Dunn and Michael Stuart, members of Transition Town Kensal to Kilburn, who continue to maintain the raised beds through monthly visits, along with other members of the voluntary TTKK gardening group, the “Kilburn Station Planters”. This station allotment contains herbs such as marjoram, chives, sage and thyme, plants with edible flowers such as marigolds, fruit and vegetables such as strawberries, potatoes and garlic and various other munchable greens from wild rocket to salad burnett. An almond tree and apple tree reach vertically into the open skyline above the platform. Left for a month to its own devices, this public garden is exposed to the elements and countless human passers-by. Signs encourage commuters to take the produce and to come and join in at the monthly gardening sessions. 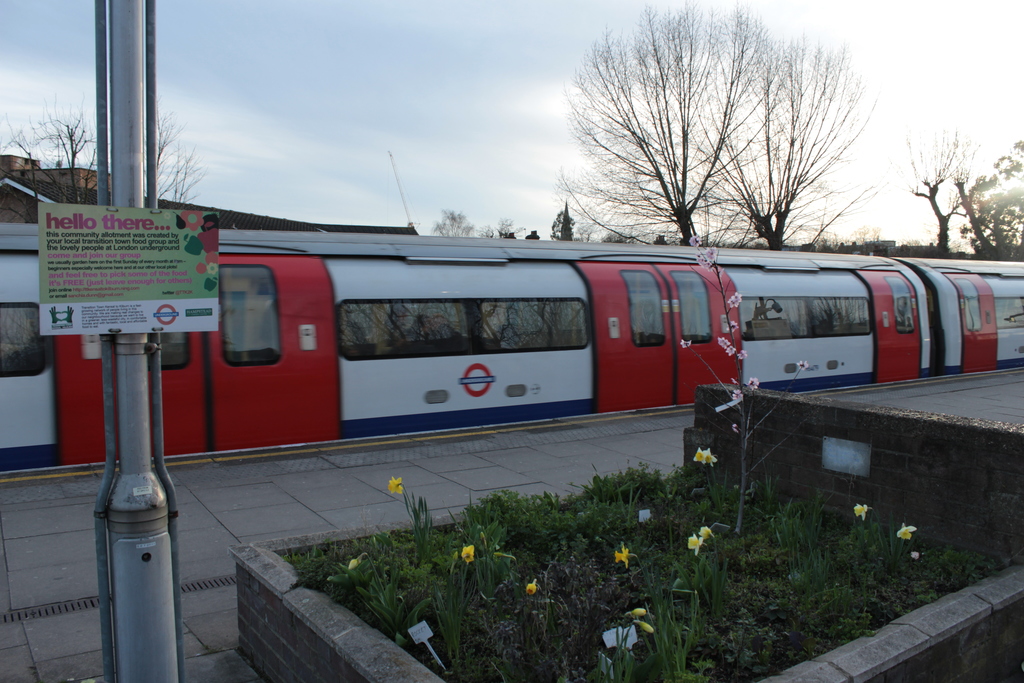 I’ve been a volunteer at the garden since May 2016 and gardening at the platform has become a regular calming pause point within the hectic bustle of my city life. The inception of the worm delivery plan occurred on one such calm and crisp Sunday morning last year. It was November 6th and I had a fuzzy head, filled with the echo of fireworks sizzling and popping through the air. Climbing the concrete stairs at Kilburn station it could have been any season, except for the tell tale posters for cold and flu remedies and upcoming Christmas fairs that lined the diagonal walls. As I approached the raised planters Michael was already busy weeding. We greeted each other and I took stock of the garden beds. All was reduced, pared back. Secateurs had clipped the mounds of herbs into truncated clusters of twigs, hedgehogs curled defensively upon themselves. Dandelions continued their relentless invasion while chickweed spread contentedly throughout the newly opened spaces. Joined by more gardeners we moved from bed to bed, clearing the soil of these burgeoning pests. As we dug deep, unearthing dandelion roots, I commented on the absence of worms - I had never seen them in the soil here. A peculiarity of raised beds on a concrete train platform: where would the worms come from? Michael explained that over the years he had sent a call out through the Transition network for a donation of earth worms. Strangely, no one had ever come forward...

A few months (and an order through an online gardening catalogue) later and I find myself standing at Kilburn Station platform ripping open a bag of 100 earthworms, peeking through the jagged hole into a dark cool world for my first sight of the long awaited wriggling invertebrates. Before I can stop her, my daughter plunges her hand deep into the bag and extracts a handful of writhing tubular creatures. Coiled in soft pinks and greys, coated in a granulated film of dirt, they completely fill her cupped hands. One clings instinctively to some sort of hold within the bag, stretching elastic like as she pulls it out. “Gentle, gentle!” I say. Can they have survived their journey this far only to be traumatised by an overenthusiastic seven year old? 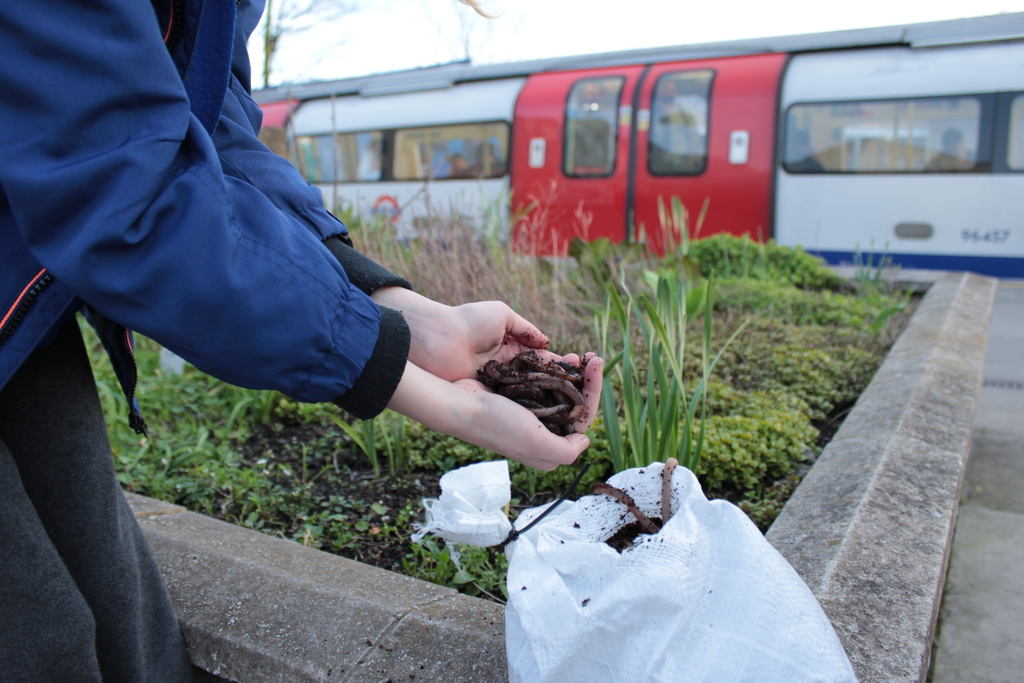 Michael, my daughter and I dig shallow holes throughout the beds and place the worms into their new home. Far from slimy, they feel cool and somehow “wobbly”, like jelly just out of the fridge. Gently, we cover the worms with soil before the local birds take note. A passer-by stops to watch and give advice: “Don’t put too many worms together in one hole, they’ll bite each other’s heads off”. We dutifully split the territorial worms up. 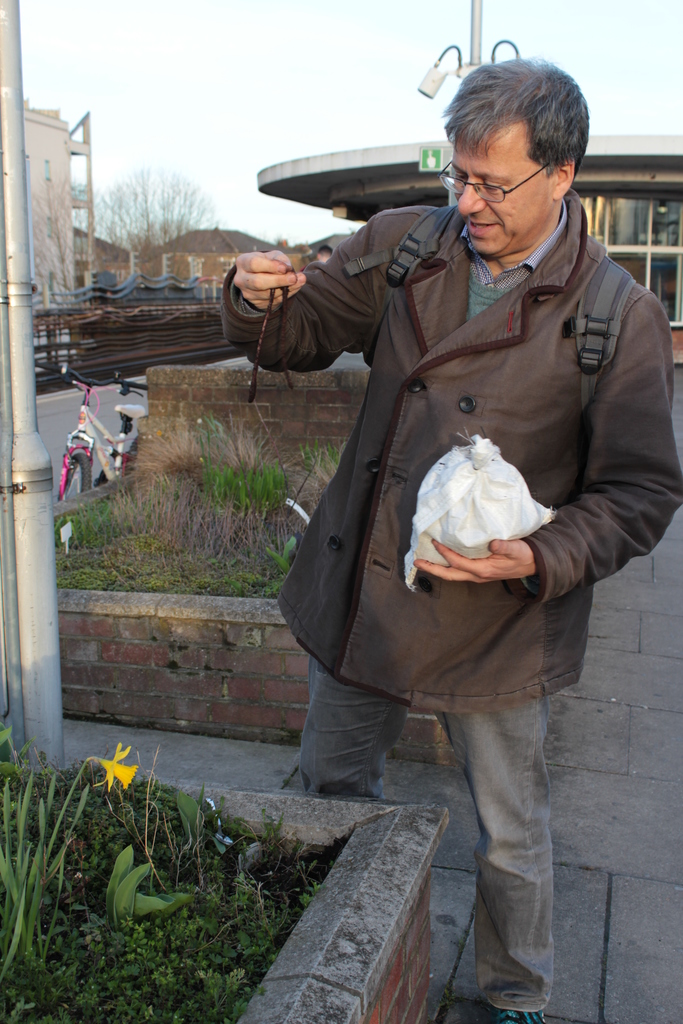 At the final hole I pause. It feels like we should say something ceremonial. As we softly pat the earth above the last worm we recite - “Thank you for helping our soil and thank you for being so wriggly, tiggly, higgly, piggly.”  A statement we hope will catch on amongst all worm deliverers everywhere.

Leaving the platform I take note of the garden. The daffodils have flowered and the herbs are beginning their soft green growth. Springy, moss like mounds of marjoram rise above last year’s clipped dead wood. Most beautiful of all, the almond tree is in flower. Suggested to us by the founder of the Transition Town movement, Rob Hopkins, on his visit to us last year, this is the first time the almond tree has flowered in its new Kilburn home. We hope the worms will settle in just as well. To get involved come and join us at Kilburn Jubilee line Station on the first Sunday of the month from 11am-12:30. No need to oyster in, just sign in at the station office, telling them you’re there to garden.

Lovely blog Helene.  Hope the wigglers are happy and active for the fruitfulness of the beds. Janey