Thankyou so much for this advice! I'm going to try & find debby's group now! :) and if I can make it I will but i work most daytimes in the week.

I've just moved to the area and am currently reading up on the Transition Town project! I'd love to learn how to knit in a group like this!

On Jan 22 we launched the campaign for a community council in Queen's Park, Westminster - ie the electoral ward between Kilburn Lane and Harrow Road, Chamberlayne Road and Fernhead Road. (I was pleased to see our neighbourhood is included in the Transition area though I haven't posted here before.)
The launch, in the Beethoven Centre on Third Avenue, was great - and was on BBC London news!
The idea for the community council came out of discussions following the announcement of drastic… Continue

Hi there, fellow Transitioners.
We're all invited to the following event:… 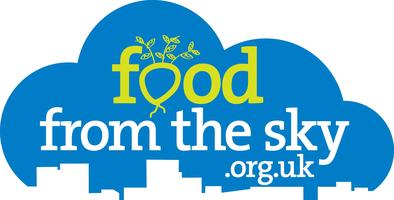 As a sports centre it provides great value gym membership*.  It is the only local sports centre, which allows members to  "pay as your go". Apart form “gym” activities, It hosts team sports (e.g. football, badminton) fitness classes, martial arts and yoga.

libraries in the borough – they claim in order
to ‘improve the library service’. How you
improve a library service by closing libraries is
mysterious. Brent Council says that it cannot
afford to run these libraries because it is in an
extremely difficult financial position; however
according to its website it will be spending £100
million on a new Civic Centre in Wembley. It
would cost only 1% of that, £1 million,…

Dispatch from The Front Line of Climate Change

This is an account from Molly Fletcher ( Kensal to Kilburn Transition)
by an elderly (88) writer friend of hers Patricia Langdon-Davies who
lives on the Costa Brava, Spain, where the effects of climate change are becoming all too obvious. Autumn and Spring have disappeared, Summers are now extremely hot and Winters severely cold. Drought, flooding and freak storms are becoming normal.…

I've just joined and look forward to meeting others. Two points of interest

1. My husband and I live in a conversation area and have had some (unsuccessful) negotiations with Brent Planning over solar panels for our front roof. We're now going ahead with panels on the sloping roof of our back extension - not as good but the best we can do at the moment.

2. I'm a long time allotment holder and skilled at preventing the weeds from growing when I'm out of town or out of…

An invitation to shape the nature of England
Defra are asking the public to contribute ideas to its first White Paper on the natural environment in 20 years. Due to be…
Continue

Hello everyone!
I think that I mentioned a young designer called Jochem Faudet at a meeting a while back. His main focus at the moment is working on ways to grown vegetables etc in the city, and creating mechanisms to help people do this in practical way.
He likes to use existing structures and to make things very low maintenance - for example his mini urban greenhouse system stores rainwater and monitors the moisture level in the soil, then…
Continue

Hello everyone,
Really gutted to be missing the Harvest Festival, though have recruited quite a few people to come along! I really hope it is a success! I have set up an appointment on either the 5th or the 6th of November with Glenda's parliamentary assisstant to lobby her on green issues, both national and local and was wondering if anyone would like to come along with me (the more the merrier, and the more powerful we are at getting our message…
Continue

Hi Everyone
At the meeting last week I mentioned the work of the LA arts collective Fallen Fruit - the group started off making maps of publicly accessible fruit trees in their neighborhood, and since then have expanded into other actions including public jam making and fruit swaps. I love what they do, and I think it would be great to do a map of public fruit in out neighborhood.

This is the map that they did of their local…
Continue

Hi everyone,
I'm new to K2K TT, but not to these issues! I was wondering if anyone was planning anything in the area for the Global Work Party that 10:10, 350.org and others are calling for on the 10th October...anyone interested in getting together and working on a 'work party'?
350.org, the organisation behind the…
Continue

Friday 10th – Sunday 12th September We would like to invite you to our first ever !! Touchwood weekend of natural enlightenment, only ten places available so check it out now…

Set in acres of wildflower meadows and natural woodland our wood cleaving course is being run by Marcus Tribe who lives in the woods he loves. A master craftsman of
extraordinary talent he has agreed to emerge from the green to share his
lifetimes expertise, green woodcraft secrets and techniques. He will be joined
by Dave Wood, almost certainly Englands
leading…

Brent say 'No' to planning application that will reduce emissions by 91%.

I am writing to you to let you know about a Planning application that is being recommended for refusal by Brent's Planning department.
The proposed works to the house will reduce the amount of energy required to heat the house by over 90%. This is achieved by insulating the outside walls, floor and roof, replacing and overhauling the windows and making sure the building fabric is completely draught free. We live in Mapesbury Conservation area and are aware of…
Continue

Moishe House London, our Willesden Green-based community house has launched a fruit and vegetable box scheme in partnership with local Willesden grocers A.W. Reynolds run by brothers Wayne and Alan (at no profit to ourselves).…
Continue

I just found this via a fairly reliable website and think it's worth reading, in light of what we saw at the recent showing of Food Inc. at the Lexi. Obviously, the law hasn't been passed yet but it still makes for interesting reading: